March, 2011 Update from the Mission Field

March was a great month for Dawn and I on the USA mission field. God has been showing off wonderfully on the streets. Here is a brief list of some of the highlights from the month. 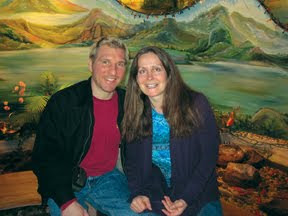 On Saint Patrick’s Day, a team of eight of us decided to release the Kingdom on the streets in Virginia. We knew the bars were going to be filled.

After a short while, the Lord highlighted an African-American man named Herbert (40s). He said his legs were really heavy, as if they were in cement. We pleaded the blood of Jesus over him, and commanded the spirit of heaviness to go to Jesus. He said his legs felt lighter. He was already a Christian, so we were able to encourage him in the Lord. 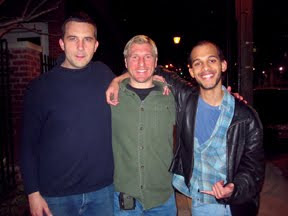 While we were talking with Herbert, his friend came over. He was so touched at what God was doing that he wanted Dawn and I to pray for him too. He ended up receiving Jesus, getting filled with the Holy Spirit, and speaking in tongues praising God.

We walked further and went into a diner. We saw a Caucasian man sitting by himself at the bar with a beer. He was probably in his 60s, and actually looked like Santa Claus. We told him how much God loves him. He kept saying, “I know I don’t do right. Look, I’m drinking a beer.”
We replied, “That’s ok. It doesn’t matter what you have done, are doing, or will do, God still loves you. He wants you to come back to Him though. He wants to clean you up, so that you can fulfill your destiny.” 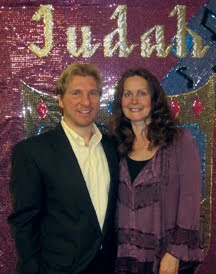 This man kept thinking that he needed to “clean himself up” before he could go to God. We told him that it is a finished work (see John 19:30), and that you don’t need to do anything other than receive the free gift God has done for you. He said that he wanted to receive this gift, so we led him through the sinner’s prayer. After he said this, he began to smile radiantly. He had just encountered the Living God.

Dawn and I met up with the other members of our group at McDonalds. I got a word of knowledge for a man standing outside that he had a hurt elbow. He was surprised that I would know such information.

In the name of Jesus, God removed the pain from him, and healed him. After a few minutes, he then asked Jesus into his heart.

God is doing such wonderful things on the streets and in the marketplaces. We encourage you to step out of your comfort zone, have fun, and release the Kingdom wherever you go. 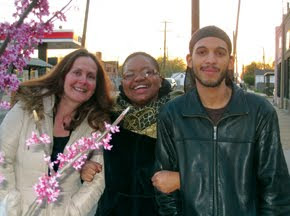 For additional testimonies, check us out on Youtube, or our Blog, accessed at:
www.allsufficientgod.org.
Posted by All Sufficient God Church at 3:23 PM