Jesus said to him, “I am the way, the truth, and the life. No one comes to the Father except through Me.
Posted by All Sufficient God Church at 1:27 PM No comments:

"And you shall know the truth, and the truth shall make you free."
Posted by All Sufficient God Church at 1:26 PM No comments:

God is Spirit, and those who worship Him must worship in spirit and truth.”
Posted by All Sufficient God Church at 1:26 PM No comments:

For the law was given through Moses, but grace and truth came through Jesus Christ.
Posted by All Sufficient God Church at 1:24 PM No comments: 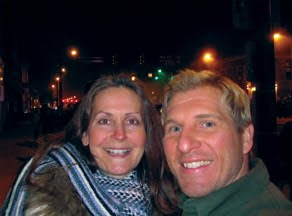 April was a great month for Dawn and I on the USA mission field. Ministry has been getting so fun because we serve a big God. God has been doing miraculous feats on the streets. Check out a few highlights from the month. 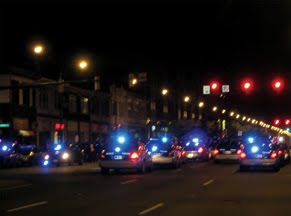 Dawn and I decided to make a roadtrip to Richmond for a special event. Virginia Commonwealth University (VCU) made it to the final four in the NCAA basketball tournament. Whether the VCU Rams won or lost, we knew there was going to be a massive gathering on Broad Street. We wanted to make ourselves available for whatever God wanted.

We made it to Broad Street just in time. Unfortunately the Rams lost. We knew there was going to be some hostile fans. The riot control police officers were already in position. The officers had their riot armor and shields. There were also two helicopters circling above. Dawn and I knew we had to get near the action. 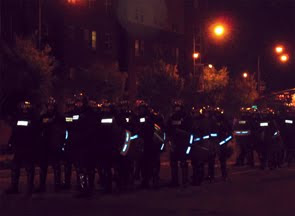 d, they didn’t do anything too destructive. They didn’t break any store windows, cause any fights, or flip over any cars. However, they did climb street light poles, set their Ram clothes on fire in a trash can, scream profane chants, and curse at the police.

The police were very tolerant. However, after an hour or so, they wanted to end this rowdy party. They shot tear gas into the crowd, and that certainly moved everybody away. Then the mob squad started to spray mace. I don’t think they were spraying at individuals, but at people in general.

It was the first time Dawn and I ever encountered mace. It certainly burns the eyes, lungs, and exposed skin. Amidst all of this, we were able to share the gospel with a number of people. We saw numerous people receive Jesus into their lives.

After the tear gas and mace was sprayed, the party ended. As we were walking out, three teenage boys were in front of us. One of them attempted to steal a police officer’s bicycle. It didn’t work for him, and they cuffed him right there. His two friends were in shock, wonde 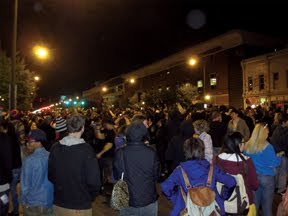 ring why he did such a dumb thing.

I turned to these two guys and said, “Look, your friend just got arrested. You witnessed it. That could have been you. If you keep walking on this path that might be you. Are you ready to change your ways and start over?”

Both of them looked at me with frightened looks. They walked over shaking their heads and said, “Yes.” I then led both of them through the sinner’s prayer as they received Jesus into their hearts. We could really see a transformation happen in them.

For additional testimonies, check us out on Youtube.
Posted by All Sufficient God Church at 1:14 PM No comments: