April, 2014 :: Update from the Mission Field :: Nathan and Dawn Pietsch

For the past four months, Dawn and I spent six days per week in Jackson Square, which is the heart of New Orleans. It was quite an experience. This square has all the drama for the making of a movie. We actually saw several Hollywood film crews shooting movies and TV series in the area. We also witnessed several fights take place, and a gang fight between children street performers who tap dance in an effort to hustle money. We saw many people trip and fall hard to the ground because of the extremely uneven sidewalks. We saw several people taken to the hospital for various reasons. We also saw one dead guy lounging on the bench, though we didn't know he was dead at the time. It has been quite the adventure here in the deep south.

As missionaries, our main purpose is taking the love of Jesus Christ onto the streets and into the marketplace to impact a hurt and desperate world. That was also our mission in New Orleans. We were able to influence many people during our time in Jackson Square. Some of those people were tarot card readers, voodoo practitioners, witches, homeless people, drug addicts, homosexuals, and alcoholics. New Orleans is one of the toughest ministry sights in the United States.

Below, we have included photos from the mission field. There is also a brief testimony of God moving powerfully in a man's life.

If you would like to sponsor or invite Nathan and Dawn to go to your church or region, please contact them at: ndpietsch@gmail.com

All Sufficient God Church is a non-profit organization, which enables any contributions to qualify as tax-deductible. 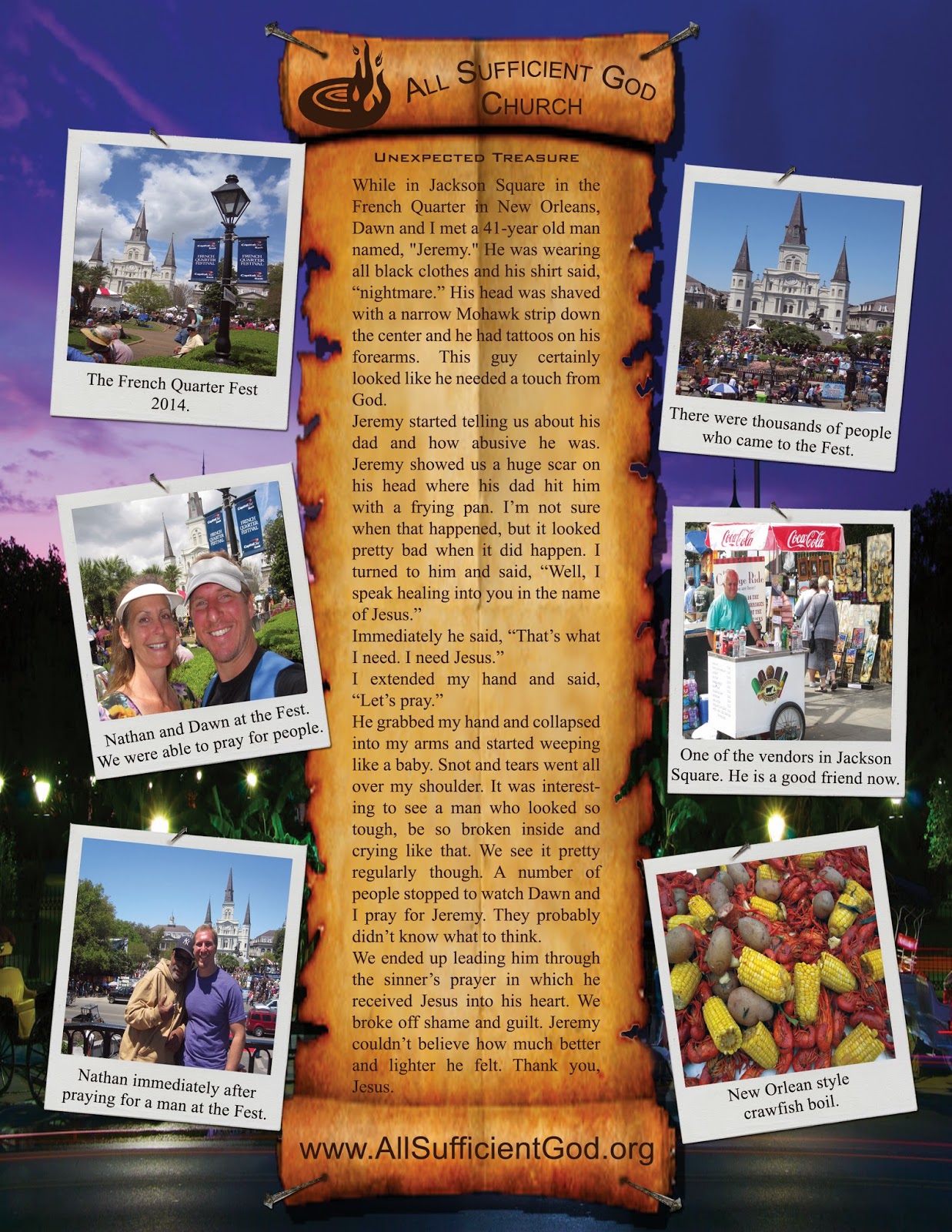 Posted by All Sufficient God Church at 3:43 PM No comments:

March, 2014 :: Update from the Mission Field :: Nathan and Dawn Pietsch

Dear Friends and Family,
March was a very active month for Nathan and Dawn on the USA mission field. It was both Mardi Gras and St. Patrick's Day. They encountered numerous people in the French Quarter in New Orleans. In the JPEG file below, they have included photos from the mission field. There is also a brief testimony of God moving powerfully on the streets in New Orleans when devils were cast out of a man. The man then had a personal encounter with Jesus.

As full-time missionaries to the United States, Nathan and Dawn desire to stay true to the call they believe they have received. They have three primary objectives as missionaries.

If you are interested in connecting with and supporting Nathan and Dawn Pietsch on a personal level you can at: www.allsufficientgod.org.

If you would like to sponsor or invite Nathan and Dawn to go to your church or region, please contact them at: www.allsufficientgod.org.

All Sufficient God Church is a non-profit organization, which enables any contributions to qualify as tax-deductible.

Nathan and Dawn Pietsch are front line missionaries, and they need your prayers!
If you are led to join in prayer coverage or financial support for Nathan and Dawn, please visit www.allsufficientgod.org. 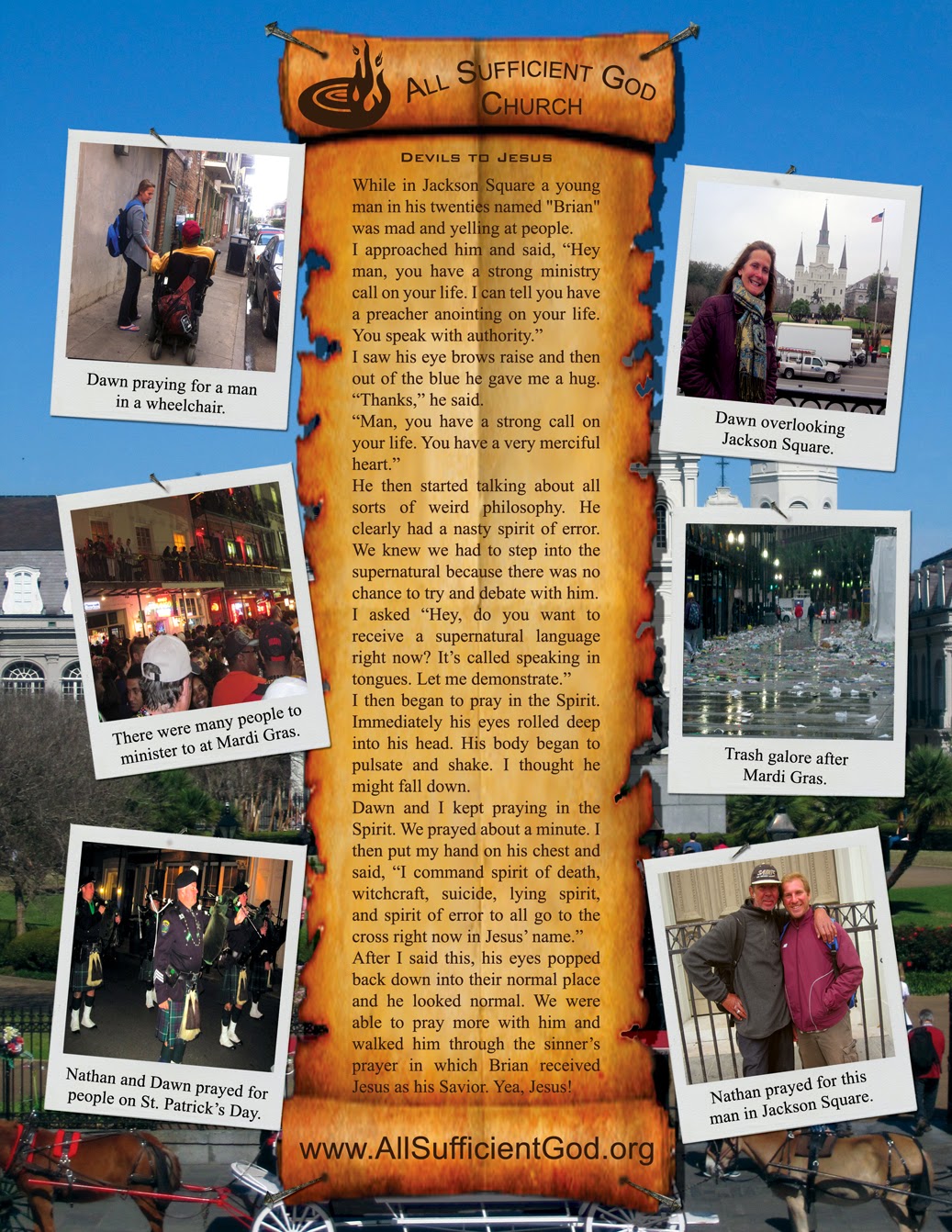 Posted by All Sufficient God Church at 7:42 AM No comments: