4 He who sits in the heavens shall laugh; The LORD shall hold them in derision.
Posted by All Sufficient God Church at 5:01 PM No comments:

5 A wise man will hear and increase learning, And a man of understanding will attain wise counsel,
6 To understand a proverb and an enigma, The words of the wise and their riddles.
Posted by All Sufficient God Church at 4:59 PM No comments:

11 Serve the LORD with fear, And rejoice with trembling.
Posted by All Sufficient God Church at 4:58 PM No comments: 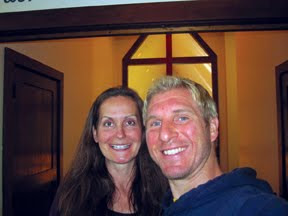 September marks a new season in the lives of Dawn and I on the mission field. The Lord has released us from the ministry we worked under in Virginia. We left with a great blessing, and are excited to release the Kingdom in new areas. Here is a brief list of some of the highlights from the month. 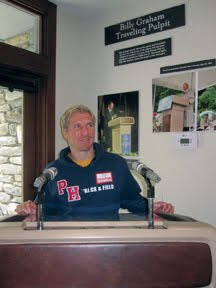 New Adventures Unfolding
Our first major stop following Calvary Campground was Moravian Falls, North Carolina. The Moravians prayed over this land for 100 years, 7-days per week, 24-hours per day. It is a very anointed place. We are very excited to be ba 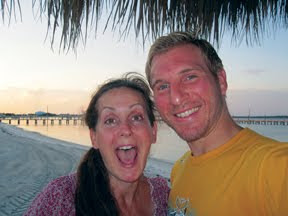 ck in Moravian Falls. We are certain the Lord has something for us here.

Dawn and I left Moravian Falls and headed to Asheville, to the Billy Graham Training Center at the Cove. Since Dawn and I are traveling evangelists, we are drawn to the ministry of Billy Graham.

When we arrived, we were able to take the visitor’s tour of the facility. It was such a wonderful time. We would love to come back here again in the future and actually stay for several days. It is an absolutely amazing facility. We recommend it to everybody. 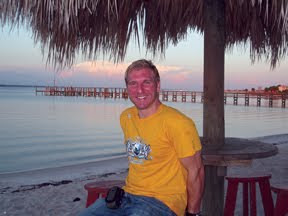 After we left the Cove, we went to the fuel station. While there, three homeless African-American men were highlighted. I got out of the car and went over to them. After striking up a conversation, I began to prophesy over them.

When it was all said and done, all three of them had received Jesus into their hearts, were baptized in the Holy Spirit, and were speaking in tongues. Each one had an amazing encounter with the Lord. I believe they are going to do wonderful exploits for the Kingdom of God.

We then drove to Pensacola Beach. This beach is absolutely amazing. The sand is 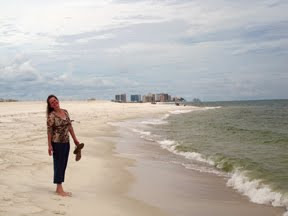 similar to powdery, white snow. The water is also warm and beautiful. It was a wonderful place to celebrate Dawn’s birthday.

After Pensacola, we headed to Mobile. We had never been here before, and were happy to go. We then made the drive to New Orleans.

New Orleans is certainly an interesting place. While Dawn and I were walking in the French Quarters, we walked by a Voodoo Museum. We decided to go in and release the light of the Kingdom. (See Matthew 5:14.) We prayed for the man behind the desk. He was holding and petting a python. 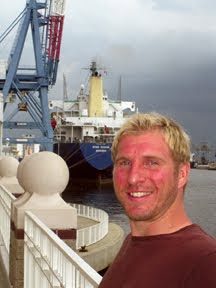 For additional testimonies, check us out on Youtube, or our Blog, accessed at:
www.allsufficientgod.org.
Posted by All Sufficient God Church at 4:55 PM No comments: