Dawn and I spent all of February in the state of Oklahoma. We have had many opportunities to 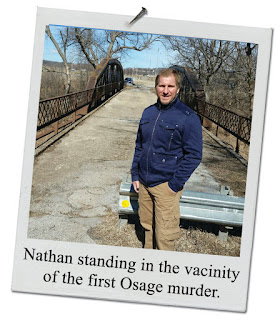 minister, and a  joy was being able to bring healing to the land and people of the Osage Native American Tribe. Since we have connected with an amazing ministry in Oklahoma, we were all part of a large ministry team. When we first entered the region of the tribe, we could see the poverty and oppression over the area. The land and people were still under bondage by the hand of the oppressor.

Back in the early 1920s, there was a series of murders of the Osage Indians. The newspapers called it the "Reign of Terror." Estimates are that 60 or more wealthy Osage were killed from 1921 to 1925. The Osage's land was producing valuable oil, and the murders appear to have been caused by greed. We believed the land and people were still under bondage from those past atrocities.

The bible seems to make it clear sin not only affects people, but also the land. The bible says in 2 Chronicles 7:14, "If My people who are called by My name will humble themselves, and pray and seek My face, and turn from their wicked ways, then I will hear from heaven, and will forgive their sin and heal their land."

On our ministry adventure, we went to the site of the first murder. We prayed over the people and land, and ultimately cleansed it with the purifying blood of Jesus Christ.
Posted by All Sufficient God Church at 3:10 PM 1 comment: