February, 2011 update from the mission field

February was a fabulous month for Dawn and I on the mission field. We are still east of the west coast, and loving it. Though, we miss the west.

God showed up wonderfully in a number of ways. Here is a brief list of some of the highlights from the month.

While Dawn and I were staying at a ministry for a conference, we got woken up at 3:30 AM by women upstairs screaming and creating a commotion. It was obvious by the sounds that a woman upstairs was manifesting demons. One lady was reading the Bible very loud, while another was trying to cast it out. The woman manifesting ( “Kathey” 22) was making all sorts of deep moans and groans.

After 30-minutes of this com 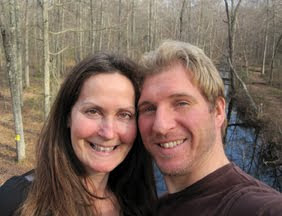 motion, people upstairs got frustrated with the noise, and told the women to go to another building. We were told that only one of the women who was praying (“Janice” 40s), went with Kathey. When we heard that information, we knew it was time for us to get involved. It is not really recommended to do a deliverance by yourself.

When we walked into the other building, Janice was praying for Kathey. They were both sitting at a table talking and praying. Kathey was no longer showing signs of needing deliverance. I was not intending to pray for Kathey unless I was specifically asked by Janice. I did not want to overstep any boundaries and create more of a mess. After a few minutes, Janice asked me to pray for Kathey.

While I was praying for her, God started revealing all sorts of past unconfessed sins. These sins resulted in a strong satanic stronghold. God was giving me specific and concise words of knowledge. I lead her through some renunciation and forgiveness of sin prayers. God began to deliver her right before our eyes.

Kathey was having numerous violent manifestations, like wanting to vomit, and appearing to writhe in pain.. We took authority over the evil spirits. She got a lot of freedom in Christ Jesus.
Kathey does have an amazing ministry calling upon her life. That is why the devil had oppressed her so much. Many people who are heavily involved in witchcraft, drugs, and the occult have huge ministry callings. The enemy tries to steal people’s destinies. It is the believers in Jesus Christ who are called to set the captives free. May we not critically judges these people, but love them into God’s Kingdom.

For additional testimonies, check us out on Youtube, or our Blog, accessed at: www.allsufficientgod.org.
Posted by All Sufficient God Church at 5:22 PM