October was a very exciting and interesting month for Dawn and I on the mission field. Here is a brief list of some of the highlights from the month. 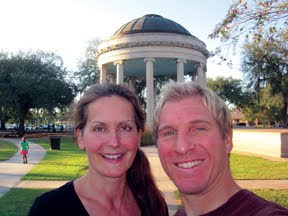 Dawn and I decided to make the drive into New Orleans for Halloween. New Orleans is a city known for its cemeteries, voodoo culture, and dark mysticism. This city takes Halloween seriously, with week-long events and celebrations. It was clear New Orleans would be a treasure pot full of God’s treasures waiting to be found by street evangelists. 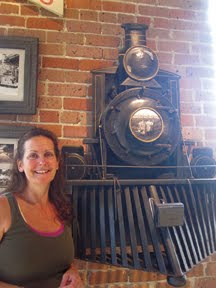 We started our night by meeting our good friend, Vince. All three of us were dressed in monk outfits. We went to, what I call, New Wine Street (aka Bourbon Street). The street was filled with costumed revelers. It was basically a typical night on this street, but the number of people was greatly increased.

We talked with numerous people throughout the night. Several of these were confessing satanists. On one such encounter, we saw a man in his twenties dressed as a devil. We figured he would be a good person to talk with. God gave me a word of knowledge about him, in which I wouldn’t normally know.

I said to him, “Hey, God has given you an amazing music ability. Do you sing and play guitar?”


He replied, “Ya, I am a very gifted singer, but I don’t play guitar. Who is 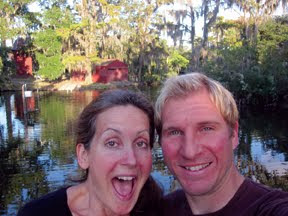 I responded, “Well, God is the Heavenly Father, Jesus Christ, and the Holy Spirit. Jesus died on the cross for our sins, that we might have eternal life in Heaven with Them forever. However, we have to receive Their free gift of salvation by accepting Jesus into our hearts.”

He then said, “Do you know what is on my mind and in my heart? Hate, violence, and killing.” He then walked away.

Dawn and I continued to look for more people to talk with. Around 12:30 AM, the night got out of control. Right in front o 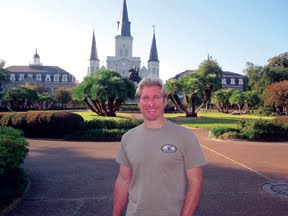 f us, Dawn and I heard seven or eight gun shots fired. We heard people begin to scream, and everybody began to run. Dawn and I turned and ran into a local shop. We were literally within ten feet of this spray of bullets.

Apparently, two people got into a fight, and both of them had guns and began shooting at each other. Between the two of them, they wounded seven other people. One of the gunmen laid dead in the street. Dawn and I saw him lying there as horseback police officers scrambled, and paramedics flooded in. The cloth they placed over him, was filling with blood. 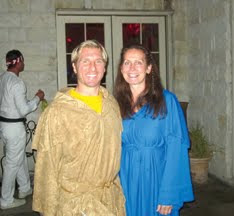 s. Most of these murders are drug and gang related. There were also three other incidences of shootings throughout New Orleans.

It is pretty apparent this area needs some help. However, I believe God is getting ready to transform this region for His glory. 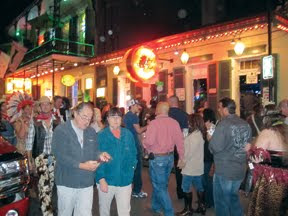 Posted by All Sufficient God Church at 1:54 PM