Tonight is the final night for Dawn and I in Las Vegas until another time. We started at the Bellagio and walked across the street to the Miracle Mile Shops. While we were in the 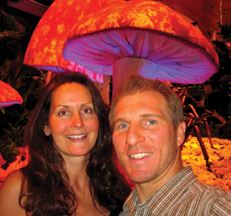 mall, we saw a woman (50’s) hobbling with a cane. We approached her and said, “Excuse, Ma’am, we see miracles all the time, and we see you are using a cane. Can we pray for healing for your body?”

At first she didn’t know what to say, it was certainly an initial “no” attitude, but I think she was pretty desperate. She gave us permission to pray for her though. I instantly started picking up on a strong witchcraft spirit over her. I honestly think she was a witch, as was her mother and grandmother. It was so strong over her, that I didn’t know what to say next. Fortunately, Dawn stepped in and started praying for the Lord’s will to be done, and for blessing. How was I supposed to ask her if she was a witch?

After a few moments, she sat down on a bench and slightly pulled up her dress at 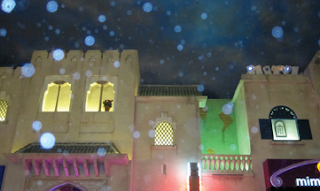 the ankle, revealing her lower legs. She had open wounds all over, with great swelling. She said her circulation in her lower body is so poor, that these open wounds form on her legs. She must have been in excruciating pain. It looked like a serious issue, one that could potentially take both of her legs, if she doesn’t get healed. 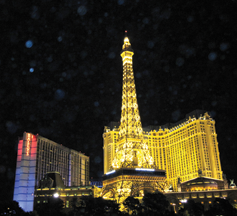 We then asked her, “Are you feeling anything going on in your body right now?”

“Yes, I feel this tingling all up and down my legs.”

While we were talking with her, some other people came up to her, so our conversation was cut short. We blessed her and went on our way.

I’m not really sure if I was supposed to talk about the witchcraft that was all over this lady. In school at Bethel School of Supernatural Discipleship, we are taught not to call out the dirt on people. We are taught to speak the opposite. For example, if you see a spirit of pornography over a man, you would pray or prophecy something like, “I release purity over you in the name of Jesus. May you be a man who is always faithful to your wife.” You certainly want to avoid saying something like, “I see you are entangled in pornography.” The idea is to always find the gold in people, not the dirt. It is important to honor people, not humiliate them. In my situation with this lady, I felt like I was supposed to pray against spirits of witchcraft.

Another important safety note in deliverance ministry (casting out demons) is to get permission to pray for the person beforehand. Devils think they have a legal right to torment a person if they have “open doors” in their life. A person can open doors to satanic oppression by: unforgiveness, witchcraft, fear, sexual sin, and/or other things that are not holy. By getting a person’s permission to pray for them, they are basically saying, “I want to be set free.”

However, there are always exceptions to most rules. We see examples of this taken directly from the book of Acts. In Acts 13:8-11—
8 But Elymas the sorcerer (for so his name is translated) withstood them, seeking to turn the proconsul away from the faith. 9 Then Saul, who also is called Paul, filled with the Holy Spirit, looked intently at him 10 and said, “O full of all deceit and all fraud, you son of the devil, you enemy of all righteousness, will you not cease perverting the straight ways of the Lord? 11 And now, indeed, the hand of the Lord is upon you, and you shall be blind, not seeing the sun for a time.” And immediately a dark mist fell on him, and he went around seeking someone to lead him by the hand.

16 Now it happened, as we went to prayer, that a certain slave girl possessed with a spirit of divination met us, who brought her masters much profit by fortune-telling. 17 This girl followed Paul and us, and cried out, saying, “These men are the servants of the Most High God, who proclaim to us the way of salvation.” 18 And this she did for many days. But Paul, greatly annoyed, turned and said to the spirit, “I command you in the name of Jesus Christ to come out of her.” And he came out that very hour.

In both of these cases, Paul did not get permission before casting these devils out of the people.

After our excursion in the Miracle Mile Shops, we headed north towards the Wynn. We stopped to pray for a man in a wheelchair. His name was, Michael (40’s). He pretty much needed a massive Holy Spirit make-over. He was homeless with all sorts of physical issues including missing his right arm. That didn’t stop us from praying for a total body restoration though. We didn’t see him get out of his wheelchair and walk, nor did we see his right arm grow back, but he was certainly encouraged.

I have had visions of a “body parts room” in Heaven. It was really interesting having the Lord show me this room. Each body part was certainly living. I saw stacks of hands, feet, organs, limbs, and even heads with faces. It would be neat (perhaps) to see a decapitated person come back to life, receiving a new head from Heaven. I probably will some day. After all the Bible says in Matthew 15:30-31—

30 Then great multitudes came to Him, having with them the lame, blind, mute, maimed, and many others; and they laid them down at Jesus’ feet, and He healed them. 31 So the multitude marveled when they saw the mute speaking, the maimed made whole, the lame walking, and the blind seeing; and they glorified the God of Israel. 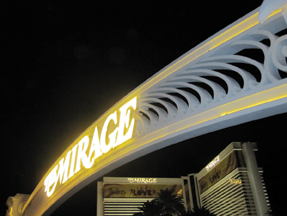 In the Strong’s Hebrew and Greek Dictionaries, the word, “maimed” is referenced—
G2948 κυλλός kullos kool-los’ From the same as G2947; rocking about, that is, crippled (maimed, in feet or hands): - maimed.

“If your hand or foot causes you to sin, cut it off and cast it from you. It is better for you to enter into life lame or maimed, rather than having two hands or two feet, to be cast into the everlasting fire.”

The scriptures tell us that Jesus healed people who were missing body parts. In Hebrews 13:8 we are told, Jesus Christ is the same yesterday, today, and forever, and in John 14:12 Jesus said, “...the works that I do he will do also; and greater works than these he will do...” If Jesus healed maimed people—which He did—you and I in Christ should also be performing such miracles.

When Dawn and I were walking through the Palazzo shops, we took a wrong turn and just happened to walk into an emergency situation. A man at an oxygen bar, (I’m not totally sure what that is), collapsed on an oxygen overdose or something. His eyes were rolling back into his head. People thought he was going to die. The paramedics came and eventually escorted him away. Dawn and I stood from a distance and released the Kingdom of God. We don’t know the impact we had, but we know it wasn’t in vain (see I Corinthians 15:58).

Our final encounter was with a man (early 40’s) nick-named, “Buck.” We started talking with him, and he said he had a mouth full of rotten teeth. Dawn and I are waiting for greater healing miracle breakthroughs, because we have never prayed for anybody and witnessed their teeth being restored supernaturally. We believe it will happen though, and we are going to keep praying for such miracles. Besides, it is not us doing the miracles anyway, it is the Lord working through us.

We have been taught to keep praying for, and going after miracles. We have heard of many amazing people of God who would pray for healing for people, and see nothing happen. Time after time they would pray, but the breakthrough would not come, and the people would leave unhealed. Eventually the breakthroughs did come, and miracles flow from them now. Several examples that I have heard of are: Heidi Baker, Todd Bentley, Jason Chin, and Kristina Waggoner. We need to keep praying for people even if we don’t see any change in the natural.

We prayed for Buck, but we did not witness him get a new set of teeth. He did feel very honored that we would stop and talk with him though. Who knows, perhaps the Lord restored his mouth after we left. What do you believe?

Lord, thank you for all You have done through Dawn and I in Las Vegas. We know You have amazing plans for this city. Please fulfill them. In the name of Jesus, Amen.
Posted by All Sufficient God Church at 12:53 PM