By Nathan D. Pietsch
Prayed for about 50 people
Suicidal man got saved
Prophecy and words of knowledge released
Leg supernaturally grows out
July 20, 2010

Tonight Dawn and I felt compelled to walk from the Bellagio to the Stratosphere. It is about a three mile walk one way. Our purpose was to pray over the Vegas Show called, Bite. If you don’t know what Bite is 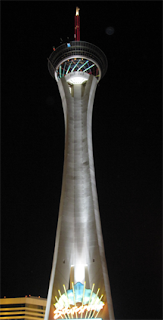 , let me paste in a paragraph from the website: http://www.bitelasvegas.com/pages/1_main.html. Please don’t go to the website though, I only have it posted as a reference.

A person can call this show whatever they like, but it is a pure satanic performance. We thought we would go release the Kingdom of God over the place. After all, the Bible says in Deuteronomy 11:24—

Every place on which the sole of your foot treads shall be yours...

You can also check out Joshua 1:3, for it is the same verse.

There is also a world expo being held here for the hearing impaired. There has to be hundreds of these wonderful people running around. We actually noticed them last night, and attempted to pray for some of the them, but they rejected our offers to pray for them. Tonight we were determined to pray for them again. I wrote out on a piece of paper, “God loves you so much. Can we pray for your ears to hear better?”

We prayed for about fifteen people for the Lord to heal deafness. We didn’t notice any physical breakthrough in any of them. We know our labor is not in vain though. (See I Corinthians 15:58.) At least we are 15 people closer to seeing this miracle manifest all the time. Heidi Baker has about a 97% healing ratio with deafness, is what I have been told.

Along our walk we would go into all the tattoo parlors and other dark shops. In the tattoo shops, you could actually feel the “critters” in the room. There was a physical thickness of oppression in the atmosphere. Hallelujah we released the thick, ooey gooey Glory of God, like that found in II Chronicles 5:13-14.

We don’t need to fight and labor in hard-core intercession, we get to enjoy the Lord’s presence while we bask in the finished work of the cross. As we praise and exhalt His name in such a place, the atmosphere automatically begins to shift. Psalm 22:3 holds true for us, as well as Israel—

3 But You are holy, enthroned in the praises of Israel.

God lives within our praises to Him. The enemy does not want to be around the thick, ooey gooey Glory of God.

There are a number of other testimonies that happened as we went along the journey, but it is just too much to write out. I am starting to feel like the Apostle John when he wrote in John 21:25—

And there are also many other things that Jesus did, which if they were written one by one, I suppose that even the world itself could not contain the books that would be written. Amen.

After all, Jesus Christ is the same yesterday, today, and forever. (See Hebrews 13:8.)

After we prayed over the Stratosphere and the theatres, we started heading south, back towards the Bellagio. While we were walking on the other side of the street, a man named Richard (late 30’s), was walking in the same direction we were. While he tried to pass us, the Lord highlighted him to us, so we strummed up a conversation.

It turned out that Richard is on the verge of losing his apartment and car. He came to Vegas to try and win, but the opposite has happened. He has already lost several hundreds of dollars, and his situation was going from bad to worse. He also told us that he was bipolar and chronically depressed. He even admitted wanting to end his life. We shared the simple truth of Jesus, and the joy He brings. He was ripe, and received the Lord as his Savior with smiles on the Las Vegas Strip.

Shortly later, the Lord highlighted some more people. It was already around 1:00AM, and the people highlighted were a man, woman, and two small children. They were sitting on the sidewalk, and the man was playing a guitar. It was clear this family was homeless. We crossed the street and went over to them. It turned out that they were believers in Jesus Christ. We asked if we could pray for them, and they were very receptive. In fact, they wanted to stand up and join hands with us. So there on the sidewalk, we had a prayer circle for this family. God brought a lot of encouragement to them, and us too.

We were approaching the end of our time on the streets, when God showed up again. We normally stay out from about 7PM-2AM, six days per week. A group of about eight young adults in their early 20’s all got highlighted to me by the Lord. God is doing something in heavy metal bands right now it seems. These people were actually a Vegas metal band.

I got the word from the Lord, “Go into the middle of all of them and ask, ‘does anybody need prayer or a miracle right now?’” I walked in the midst of them and did as I was instructed. Two of them responded, and were actually fighting with each other to talk with me first. A guy named, Max won the race. I then asked him, “Do you have any pain in your body right now?”

He replied, “Yes, I have this pain between my head and heart I can’t seem to fix.”

Somehow I knew he was needing emotional healing.

He went on, “Is there anything you think you can do for me?”

I responded, “I have some solutions for you.”

He asked, “Will you come stand and talk with me right over here?” He walked about 10 feet away from the others. Dawn actually got surrounded by several young girls in their 20’s, who seemed to be drawn to her. Dawn ministered mightily to them. Max then started to speak, but I immediately, but politely stopped him. The Lord had just given me a download for this guy.

“Max, this is what the problem is. This is why your heart is hurting you. There are lies that you are believing. I feel like somebody has spoken a lot of hurtful things over you that are not true. These words are keeping you in bondage and oppression. These words are keeping you from fulfilling your destiny. I feel as if these words came from somebody special in your life. I believe your mom spoke this over you. If you want to be set free of this, you can be.”

His jaw dropped, and he didn’t know what to say. All he did was extend his hand out to me to shake it.

“How did you know all of that? What kind of work do you do?”

“I knew that because Jesus told me that information about you. He loves you and wants to set you free of these hurts. As far as work goes, this is what I do. I am a traveling missionary with my wife right now. We go out on the streets every night and watch God do miracles. Do you want to be set free of that pain?”

I prophetically pulled out the deep rooted lies buried in his heart. “In the name of Jesus Christ, I command these lies to be uprooted right now. These are lies, and I replace the lies with truth. Max, you are valuable, you have a purpose, and God loves you desperately.”

Something absolutely got removed from him. It was almost as if a cork shot out of him. God then began to fill him with His love. You could see it manifesting in the physical realm, because Max started laughing. He didn’t know what was happening, but he knew it was good and supernatural.

I then got a word of knowledge that his legs were not even in length. I asked him if we could check his leg length. At this point, he was open to anything. I had him sit on the ground, and up straight against the curb. Sure enough, his right leg was off, but not very much. It was maybe an eighth of an inch. By this time, a couple of girls in the group were interested in what was transpiring. I explained what was about to happen.

“Do you see his leg length here? Do you see how his right leg is just a little shorter than the left? God is going to supernaturally grow Max’s leg out right before your very eyes. Do you all see that his legs are not perfectly even?”

They agreed it was off just a little. I spoke and laughed, “In the name of Jesus, I command this leg to become even.” That was it. There was no more struggle than that. God adjusted Max’s body before our very eyes.

I then asked Max, “Are you feeling anything in your body right now?”

“Yes, I felt something. I felt my legs go really loose. Now I feel as if they are in balance.”

Dawn and I continued to minister a little longer to this group. Despite all that happened, none of them were ready to accept Jesus as their Savior just yet. It was a fabulous time though. Max was so grateful, and actually the others were too. We prophesied over them, and went our way.

Tonight was a very significant night though. Normally, I am very prophetic, and get prophetic words and words of knowledge on people at will. Also, when I am around this many people, I am salivating at the people treasures I can find and pray for. 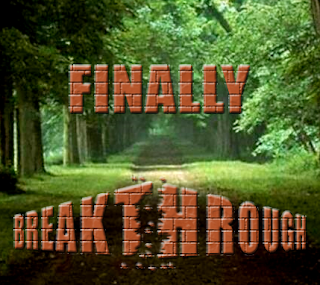 However, this last week and a half in Las Vegas has not been so easy. I have hardly gotten any words for anybody. I have also not gotten very many promptings by the Holy Spirit to approach people to pray for them.

Don’t get me wrong, God has been showing up in some pretty neat ways, but most of our time so far seems to be intercession and prayer marching over the region. Finally tonight, we got some breakthrough. God’s Glory showed up, and in His Glory there is no struggle or labor. It is in His Glory where radical miracles begin to flow.
Posted by All Sufficient God Church at 4:25 PM