Standing In the Gap 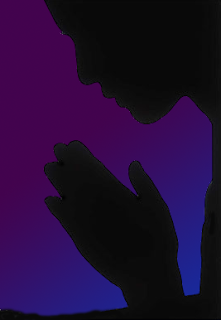 ose tonight was to walk on Las Vegas Boulevard from the Stratosphere at the north end of the Strip, to Mandalay Bay at the south end. It is not a sightseeing walk on the streets though. We were to intercede and stand in the gap for these people and the city.

In the book of Ezekiel 22:29-31, the Bible says, 29 The people of the land have used oppressions, committed robbery, and mistreated the poor and needy; and they wrongfully oppress the stranger. 30 So I sought for a man among them who would make a wall, and stand in the gap before Me on behalf of the land, that I should not destroy it; but I found no one. 31 Therefore I have poured out My indignation on them; I have consumed them with the fire of My wrath; and I have recompensed their deeds on their own heads,” says the Lord GOD. We don’t want the Lord saying that He didn’t find anybody who would stand in the gap for righteousness.

The Lord instructed us to release forgiveness, His perfect love, and the Glory of His presence through Kingdom declarations. We were also told to anoint the corners of the streets at both ends. We started our walk at the Stratosphere and walked all the way to Mandalay Bay. We then anointed that section with oil. We crossed the street and anointed that region of the road, and a psychic temple there as well. We made Kingdom declarations, laughed, sang in the Spirit, and prayed in tongues, all the way back up to the Stratosphere. We then anointed that section of the Las Vegas Boulevard.

We are taking back this city, and reclaiming the earth that was originally given to mankind. Man forfeited the earth to the devil when we sinned in the garden of Eden (See Genesis 3). Jesus then redeemed everything for us by His death on the cross and resurrection (See Titus 2:14). Our job is to simply be part of the “clean-up crew.” We are issuing the devil his eviction notice. It is time for him to leave, and give back what he has stolen, with interest (See John 10:10 and Exodus 22:7).

It also reminded me of great power and revival fire. John the Baptist said in Matthew 3:11, “I indeed baptize you with water unto repentance, but He who is coming after me is mightier than I, whose sandals I am not worthy to carry. He will baptize you with the Holy Spirit and fire.” I do not believe it was a fire of judgement, but rather grace.

This vision also seemed to speak that God was saying, “I am here to take up residency.” The Bible tells us in Hebrews 12:29, For our God is a consuming fire. Seeing this flame ignite brought me peace and encouragement.

I also heard the Lord say to me, “You don’t fully know the impact you have just made on this city.” It’s true, I don’t, but it was encouraging to hear this. Dawn and I had accomplished what the Lord had instructed us to do tonight. The entire trip took about 5.5 hours, and we walked approximately 9.32 miles.

Lord, we pray in the name of Jesus, pardon our sins and fill all the earth with Your Glory. We need you.