October, 2013 :: Update from the Mission Field :: Nathan and Dawn Pietsch


As full-time missionaries to the United States, we desire to stay true to the call we believe we have received. Our objectives as missionaries is to reach the lost on the streets and in the marketplace in the areas we travel. We accomplish this through power evangelism outreach. Our second objective is to train and equip other churches in power evangelism outreach. Our third objective is to conduct revival meetings and conferences. We have recorded below some testimonies from October on the mission field. 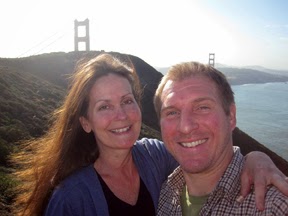 Dawn and I were able to go to Hollywood, California and do ministry on the streets. We were able to minister to people on both Sunset and Hollywood Boulevards. There were plenty of people to encounter.


Dawn and I had a "Tattoo Interpretation" sign that we had printed up. Dawn and I are very much against getting tattoos on your body. However, we have found that doing prophetic tattoo interpretations are actually a pretty good way to share the love of Jesus with people. We held the sign and asked people if they wanted a free tattoo interpretation. Many people didn’t know what that meant, so we told them. "If you have a tattoo, show it to us, we will interpret it for you. It will be a specific word for you. It will be a word of encouragement for you." 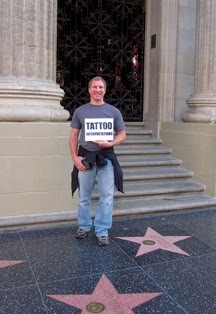 We were able to look at several people’s tattoos and give them a prophetic word pertaining to what we saw. A guy in his twenties named, "James," had tattoos with demon creatures all over his arms. The tattoo he wanted interpreted was that of a person committing suicide by blowing his brains out with a handgun. I shared with him what Jesus said in John 10:10—


Dawn and I began to prophecy life into him in the name of Jesus. To our surprise, he was extremely open to us talking about Jesus. We called him forth into his God-given destiny.


Another guy in his twenties named, "John" asked for a tattoo interpretation. He showed me his forearm, and he had a modified Los Angeles Dodgers, "LA" logo tattooed on his arm. He asked me, "What do you think this means?" I replied, "That’s too easy, ‘LA.’" "No look at it again," he responded. "It is upside down at your angle. It reads, ‘V7.’" I then asked the Lord for some insight on what I should say to John. I heard the words, "Victory," and "Seven is the number of completion." I began to prophecy over John. I said, "God is doing a good work in you right now. He is raising you up to be victorious. He is completing a good work in you. He wants you to be victorious in all areas of your life." 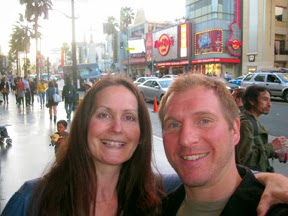 John looked at me, and it appeared that he was going to cry. He said, "I’ve been going through some really tough things in my life right now. Your words make a lot of sense to me. It does seem like God is doing a work in me so I can be victorious in my life. I really appreciate your words."

It is so amazing how God is desiring to encounter people through any means. God is trying to get the attention of all people. All believers have the ability to hear from God, and then deliver His words. His words are always powerful and life-changing.

Posted by All Sufficient God Church at 4:06 PM