May 2013: Update from the Mission Field


May was a fabulous month for Dawn and I on the USA mission field. We were able to encounter numerous people while doing outreaches on the streets. Our best encounters came at Boatnik, a Memorial Weekend festival held in Southern Oregon.

Boatnik 2013
At Boatnick, we encountered a 17-year old young man named, Mitchell. We spotted him from a distance sitting under the bridge. His head was down on his knees, and he looked miserable. We approached him and asked, "Do you need prayer for anything?"


Mitch replied, "Ya, I could use some prayer." 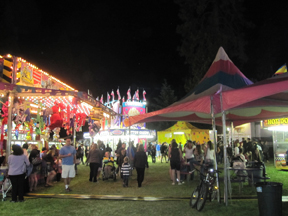 Dawn took the initiative to minister to him. It was obvious he was very angry and bitter towards life. He revealed to Dawn that he was adopted. He said his foster parents told him that his birth mom dumped him in a dumpster, and left him for dead. He was very emotionally disturbed. Dawn said, "You are not an accident. God has purposed you to come into this world, because he has a great destiny for you to fulfill. Even though your birth parents weren’t the best, the Heavenly Father is a great Father! Your birth parents were just a means to bring you into this world. Your true identity is to be a son of the Most High God." 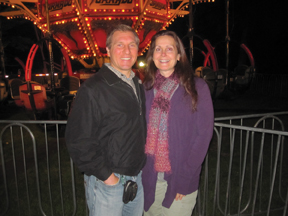 However, Mitch was angry at his birth parents. Dawn began to tell him about bitter roots of judgement. (Hebrews 12:15.) The bitterness of unforgiveness was making his life worse. Dawn encouraged him to forgive his parents, so he could be set free. Dawn was able to speak wonderful truth into him, pray for him, and prophesied forth his true destiny God had for him. Mitchell was then able to receive Jesus into his heart.


Another encounter was with Dave and Rachel. Several months back I attended a conference with street evangelist, Doug Addison. He does prophetic tattoo interpretation, and it is a major tool for helping people encounter Jesus. I decided to test out prophetic tattoo interpretation on Dave and Rachel. What was special about Dave and Rachel was they were both wearing plastic demon masks on their faces. I figured they would be good treasures to share Jesus with. I decided to ask them if I could interpret some of their tattoos. They willing agreed.


I looked at the tattoos on Dave’s forearm. God gave me a prophetic word for him, in which I released in the name of Jesus. The word was accurate, he knew it, and was amazed.


I then got prophetic revelation for Rachel’s forearm tattoos. I also released her word in the name of Jesus. Both Dave and Rachel were extremely shocked by the accuracy of the words, and how encouraging they were. (I Corinthians 14:3.) It was so beautiful when they removed their demon masks. I believe they couldn’t wear the masks at the mention of Jesus’ name.


Dave replied, "I have never heard of anybody being able to pin point Rachel as accurately as you did. Same with me for that matter."

We continued to prophesy, speak truth, and gently call Dave and Rachel into their true identities and destinies in Christ Jesus. We asked Dave and Rachel if they wanted to get a fresh start, and dedicate their lives to the Lord. Both of them were willing. We lead them to Jesus as we prayed the salvation prayer. God took this couple from total darkness into His glorious light.
Posted by All Sufficient God Church at 5:59 PM